Utah
A Bank with a History: The roots of Zions Public Finance run back into the 1800s. Edward L. Burton and his family were among the first investment bankers in the intermountain region, operating as Edward L. Burton & Company from 1899 to 1954. J. Alma (Al) Burrows and Nicholas G. Smith subsequently joined the firm and the name changed to Burrows, Smith & Company. In 1981, Burrows, Smith & Company was sold to Prudential-Bache Securities. When Prudential-Bache determined to leave the world of public finance in 1988, the Pru-Bache Utah team decided to create their own firm called Smith Capital Markets Inc. and continued serving the intermountain market. In 1989, Smith Capital Markets was acquired by Zions First National Bank which merged these professionals with its own staff of public finance bankers who had been engaged in public finance since 1974. In 1994 the name was changed to Zions Public Finance. The rest is history.


We service our clients with professionalism and integrity. Zions Public Finance bankers provide an exceptional level of service, with a dedicated and proven commitment to excellence. 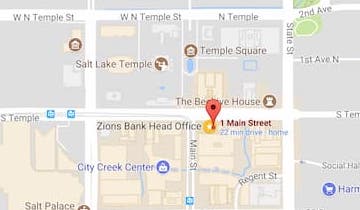